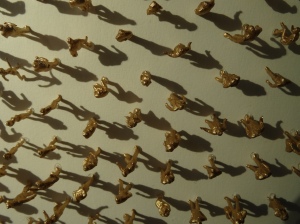 STUFT all over again

A group exhibition showcasing work from past and current students of Fine Art, lecturers, visiting artists and Red exhibitors.

How we are prisoners of culture – starting from day-to-day operations through all kinds of public life to art, philosophy and science? Through life we are adjusted to prevailing rules. Our mind and body is submited to continuous taming. Tamers are family, teachers, friends, supervisors, subordinates, state, media… and at long last – we ourselves. Since birth our behaviours are standardised, even so called variety, fantasy have to take place with respect for some roles – who doesn’t obey them is disqualified.
Communication systems development, rising information flow paradoxically increasingly restrict a range of acceptable behaviours – market forces are only excuses for processes which could have its origins in the human ordering nature. Is the realisation of personal liberty possible inside the system? Can we simultaneously participate in social life and develope a notion of an individual freedom?

Soma is a project based on the idea of collaboration. Invited artists will cooperate on exploration of notions of freedom, body, coexistence, culture. The main intent will be to track cultural imprints, also in their inextricable constellations and cognising of social function mechanisms.

Soma is a term proposed by Richard Shusterman to describe ‘mind’ belonging to ‘body’ – as distinct from dichotomy of a ‘body’ and a ‘mind’ or negative associations of ‘flesh’. From this perspective indissolubility of body and mind makes all experience, including philosophical interpretation, occur ‘through’ the body. Thus development of body awareness becomes a starting point and an essential element of any critical consideration.

I will exhibit 3 works at NordArt 2013. 2 installations in the series Apparent Movement as well as a video work in the same series.

Since 1999 the NordArt has established itself as one of the largest exhibitions of contemporary art in Europe which takes place anually in the summer months. NordArt is an overall work of art in its own right and is designed as such each year. More than 200 international artists, selected by a jury, present a comprehensive panorama of contemporary art. Each individual work not only speaks for itself but also creates new perspectives when seen juxtaposed against the unique backdrop offered by the Carlshütte and the adjacent historical sculpture park. 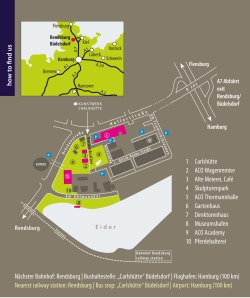 A small, fragile, mechanically operated marionette. This project explores notions of the individual and how we relate to the world we live in, questioning the value of individual (e)motions in a fast track society where time is about doing more, faster.

Figuratively speaking, the word “marionette” might be used about a person who has no will of her or his own, who lets her- or himself be controlled and used by others who have more power and strength, a “nodding doll”. The word is also used in connection with marionette/puppet-government or -regime.

Inngang 2013: Åpen Dør (Entry 2013: Open Door)
18. Jan – 3. Mar 2013
Rogaland Kunstsenter – Rogaland Contemporary Art Centre
Preview 17. Jan 19.00
An open exhibition for all artists residing in the region of Rogaland, Norway. With reference to French painters who in 1884 launched Société des Artistes Indépendants, in resistance to the traditional and academic Salon system, under the motto “No jury nor awards” (Sans jury ni récompense).
My video SHADOW MOVES I will be screened as part of the program.

In/To Dark
In/To Dark a Multi-Media Theatre Performance and collaboration with Jenni Kokkomäki, will be presented at Tou Scene, Stavanger, on the 8. & 9. March 2012
In connection with the performance I will screen a curated video program at Tou Scene 4th – 17th March. Curitorial decisions and inspirations are based on artists who utilise movement as an important factor in their expression. Included are the following artists:
Stine Gonsholt (NOR) Balance, www.gonsholt.com/
Johanna Reich (DE) Fleeting Glimpses, www.johannareich.com/ Linda Rogn (NOR) By her left side, but take my right arm tooKaty Woods (UK) The Hours Pass and Nadiahttp://www.axisweb.org/seCVPG.aspx?ARTISTID=11730, Laila Evensen (NOR) Small Still Moves II, Not Titled and Mo;dan

On The Right Track (Når alt går på skinner)
Preview 2. May
May-June 2013, Trygve Lie Gallery, New York
Previously shown at Galleri Schaeffers Gate 5, Oslo, October 2012, this exhibition brings together visual artists from Oslo, Berlin and New York City who have used photography to document the mobility of the urban dweller through the use of the tram or metro/subway. The exhibition calls upon a reflection on life in the big city and the co-existence of people.
I have 3 images in the show, taken in Berlin, a journey with my boxed figures.
Curated by Irene Christensen and Grete Marstein.